G-Spot Wand Is A No From Me 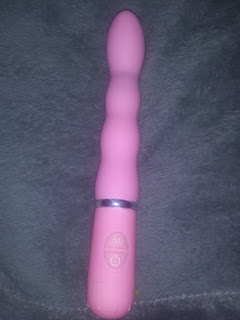 I don't dislike it but it doesn't feel like it does its job and in my opinion the head is to flexible. It has multiple speeds and vibrations but I barely feel them on my g-spot so it must low vibration power or just to flexible for it. I thought there was going to be more power.

I thought maybe the fresh batteries that was just put in it was low so I changed them from batteries from a toy that worked and that was not it. I then found out that it is the toy itself. It does not give off a lot of vibration and it is just not worth buying to me but do not let me stop you from buying something you want. Maybe it will work for you.

Popular posts from this blog